In the USA MOORE focuses in the oil and gas rich Bend Arch - Fort Worth Basin Province onshore Texas, the world’s most active market which produces 5.5 million boepd, where it intends to co-invest in wells with upside potential jointly with local partners in order to develop larger portfolios. 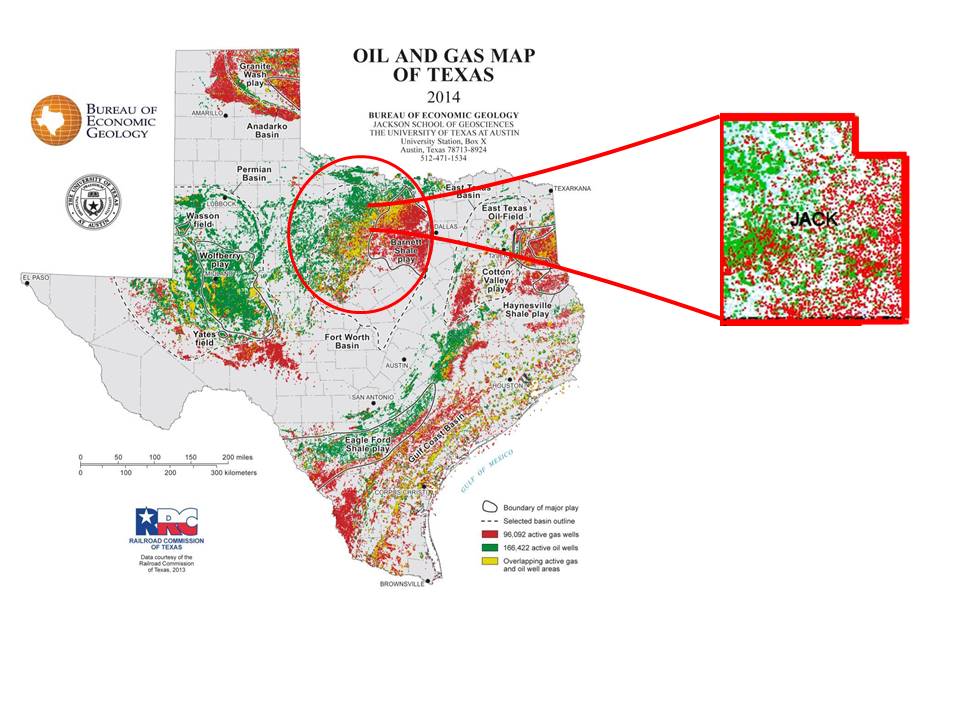 The Bend Arch – Fort Worth Basin Province (also referred to as USGS Province 45) lies within north-central Texas and covers an area of 54,000 sq mi filled with up to 3,700 m of sediments. The petroleum system is referred to as the Barnett-Paleozoic Total Petroleum System, and the organic-rich Barnett Shale is the primary source rock for oil and gas.

The first oil accumulations were discovered in the Bend Arch – Fort Worth Basin Province during the early 1900s, oil production started in 1917 and the province reached a mature stage of exploration and development in the 1960s. 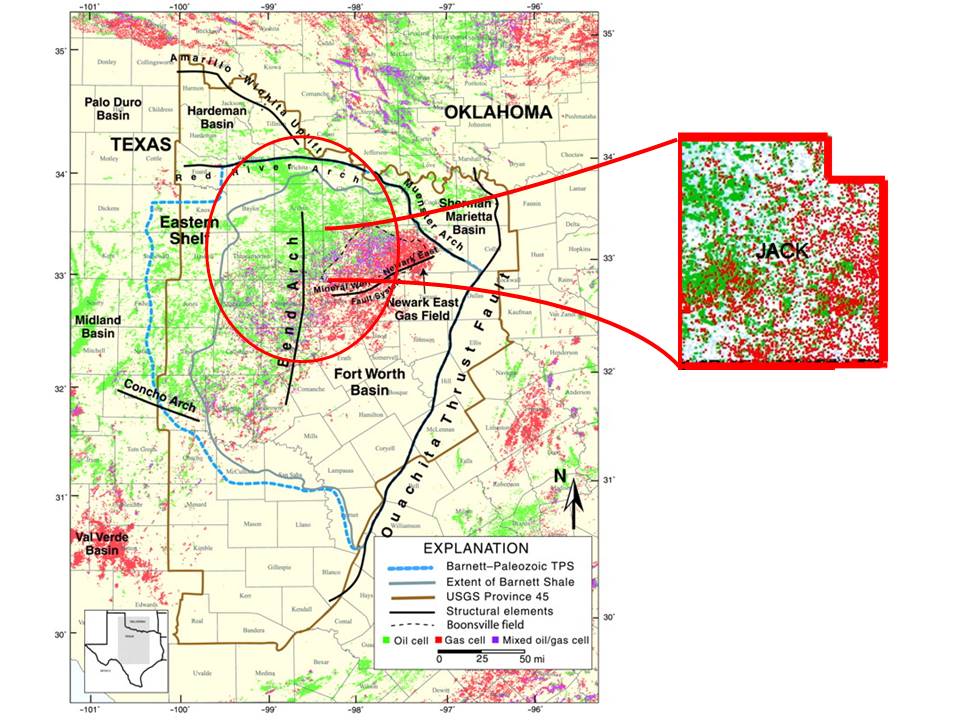 In France MOORE has its focus in the Alsace region which is part of the Upper Rhine Graben, a mature hydrocarbon basin with significant potential extending over both France and Germany and where more than 50 oil fields and 17 gas fields have been discovered. Alsace extends over 8,000 km2 and is divided into several sub basins with sediment fill of 2,000-3,000 m thickness.

Oil shows were reported several centuries ago in Pechelbronn in northern Alsace, where production started during the 17th century with mining techniques and peaked at 1,650 bpd in 1930. The field was abandoned during the 1960s after having produced 22 mmbbl. 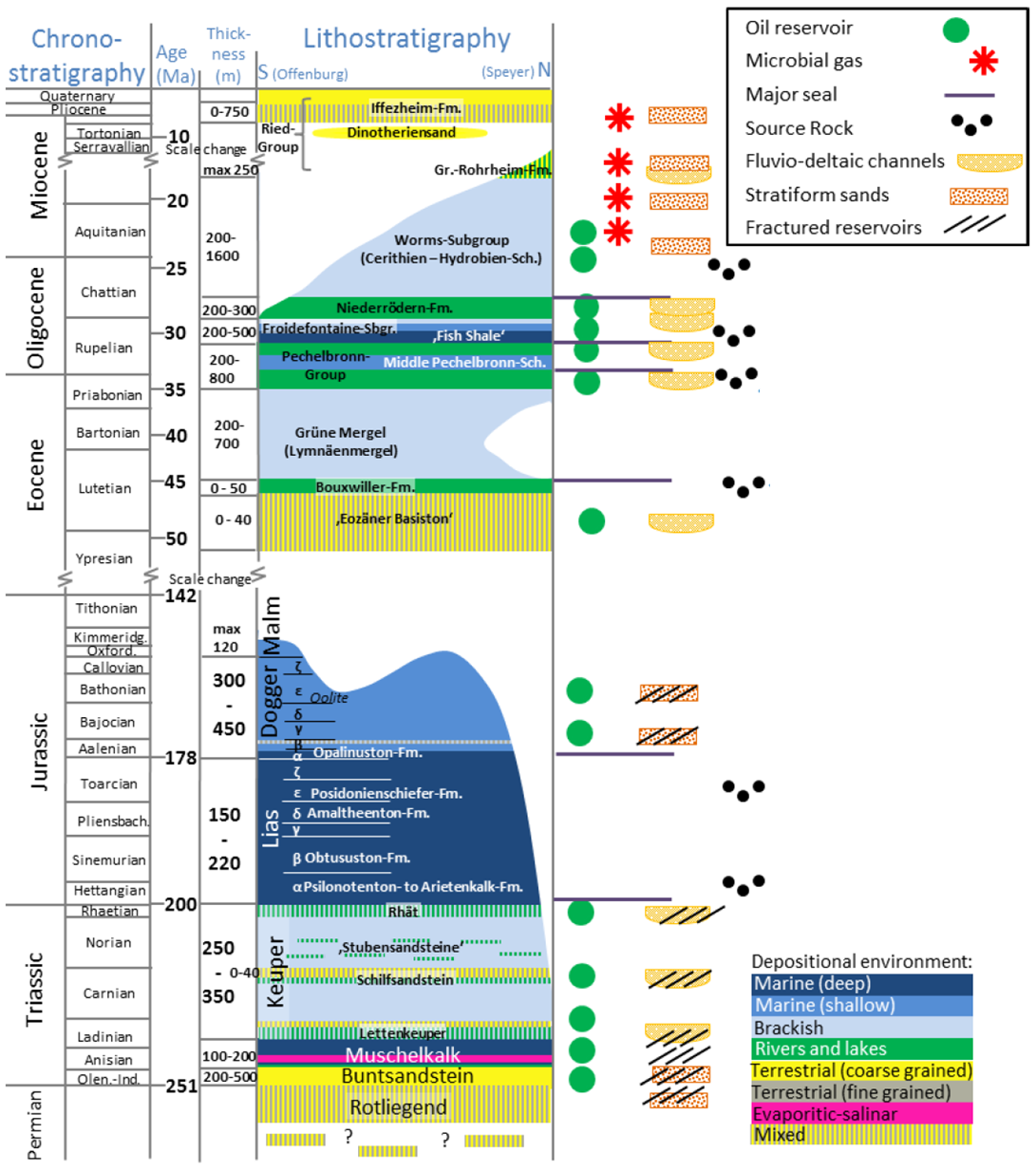 The exploration conducted during the second half of the 20th century focused on the Tertiary and Jurassic horizons and has led to the discovery of a dozen of oilfields with size ranging from 300,000 bbl to more than three million bbl of recoverable oil. It also allowed the development of an extensive seismic and well database publicly available. Despite Alsace’s present marginal production (around 50 bopd from three concessions) the area holds a significant potential in its Triassic horizons which is very little drilled.

Most of the fields discovered to date are located in northern Alsace where MOORE has its three licenses, while in the southern Alsace region massive salt layers overlay the hydrocarbon bearing horizons.

In 1951 the Staffelfelden oil field was discovered “by coincidence”, when a mining company drilling for potassium through the salt layers actually discovered oil in the Grande Oolithe formation of the Dogger. The subsequent exploration conducted by PREPA, CLYDE, ELF, Enterprise Oil, REPLOR, Sun Oil, Shell and Total led to oil discoveries primarily in the Jurassic horizons, while hydrocarbon shows were observed in wells both in the Tertiary and Triassic horizons.

According to IFP (Regional Report Alsace), most of the wells drilled in southern Alsace may not have been located on the right structural position at the target level, due to the limitation of seismic imaging through the salt the industry was facing those days. 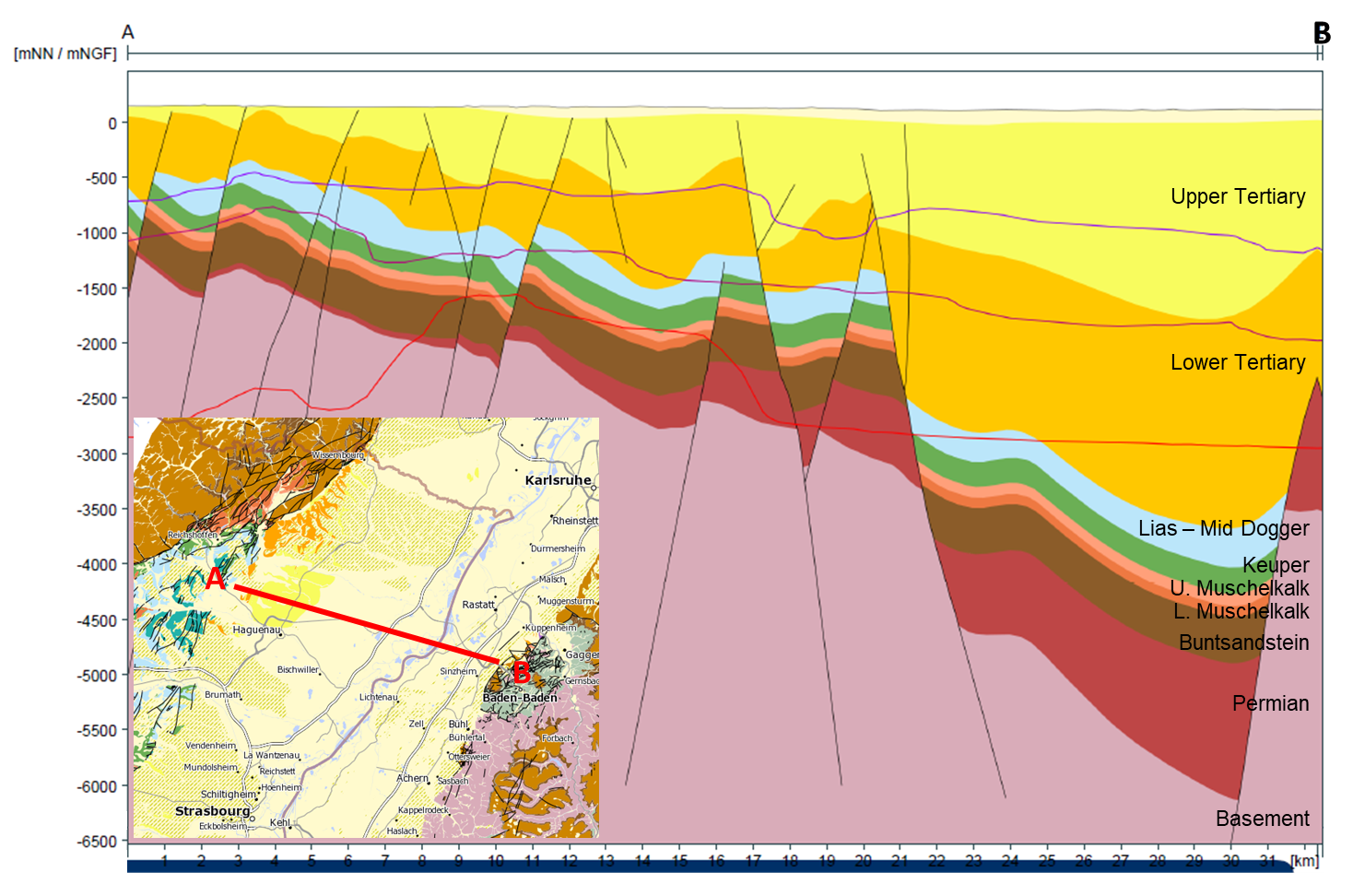 Geological cross section of the Northern part of Alsace

On the German side of the Rhine Graben approximately 40 km north of the French border, the 60 million bbl Speyer oil field was discovered in 2003 in the Triassic when drilling a geothermal well. The field is now operated by ENGIE and produces at a rate of 3,500 bopd with a potential of producing 11,200 bopd with a pipeline connecting the field to the refinery in Karlsruhe. The Speyer discovery is the largest to date in the Upper Rhine Graben and sparked a new industry focus on the area.

A 2D seismic survey has been acquired during summer 2017 to better evaluate the prospects identified in the Seebach license.

MOORE will primarily focus on those opportunities where it will make use of the latest seismic imaging technology combined with today’s horizontal drilling techniques to overcome the limitations faced by previous operators while exploring the area.