The Robertson Deats C lease produces oil (42° API) and gas from the Lost Valley field through a 504 feet horizontal drain drilled in 1998 into the Lower Caddo formation at 4,700 feet. The well has produced with a regular decline since it started production in 1998 and until Amen Oil became the Operator in September 2015. Amen Oil conducted a successful workover in beginning of 2016 and increased the production to its current level. The well holds further potential in the Upper Caddo formation. 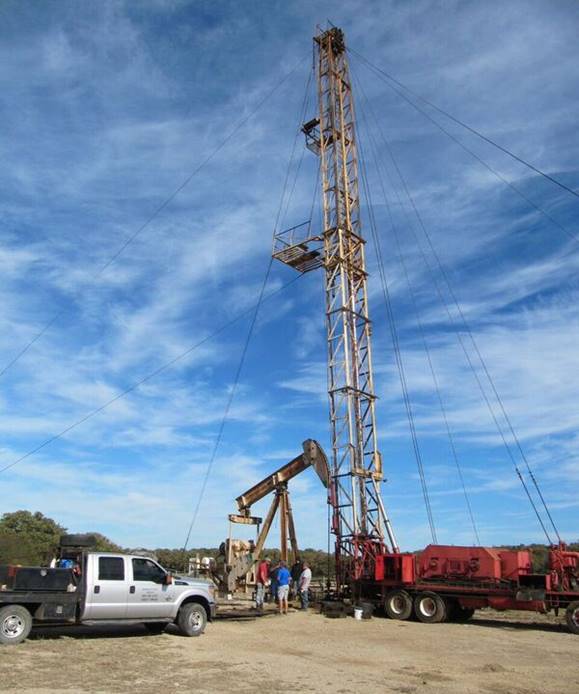 One of Amen Oil work over operations - our local partner